Posted on December 20, 2010 by Sean D. Sorrentino | 3 Comments
I carry a gun a lot. I have a nice leather holster for my Springfield XD .45 Compact, which isn’t really a small gun. 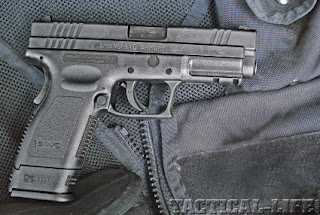 It’s not nearly as big as the full size government model 1911, 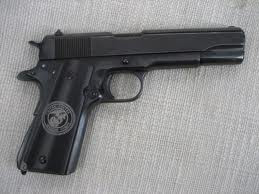 but it isn’t tiny either. You’d think (if you never carried) that it’d be easy to spot, even under clothing. This must explain why many concealed carriers seem to think that they must carry tiny guns. 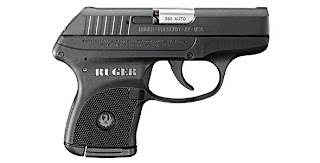 An incident Saturday night pointed out to me how unlikely it is that someone will notice my gun.
Saturday night I was over at a friend’s house for gaming night. Yes, dear friends, in addition to dressing funny and attending medieval re-enactments, I play the dreaded role playing game Dungeons and Dragons. Now that I have confessed my utter nerdiness to you all, I guess I must die of shame. I aspire one day to be a geek, but geeks have skills. I’m just a nerd. It could be worse, I could be a dork or a spaz, but I try not to look down too much on them because, but for the grace of God…
Well, we were in the middle of gaming, and we got a knock at the door. When he answered the door, the owner found a young girl (18-25?) standing on his porch. She had a story about her cell phone not working and asked to use his phone. He invited her in and gave her his cell phone. My wife said something to us about a scam that’s been going on in the Triangle (Raleigh, Durham, and Chapel Hill are the “Triangle”) where robbers have one person get inside a house to use the phone in order to case the place for stuff to steal. They return during the daytime a few days later to clean the place out. Since the scout knows where everything is, they get in and out very quickly.
While she was on the phone, it appeared to us that she was talking to another female, complaining about a fight with a boyfriend. Now there are two problems. Either she’s legit, and she has an angry boyfriend who might kick the door down to get to her, or she’s a scam artist. I placed myself between the door and the rest of the group, and I made sure that my 70 lb dog was right in front of me. I also made sure that the host knew to stay out of my way in the event that the boyfriend showed up. While I was doing that, another person pulled out his cell phone and, pretending that he was going to the bathroom, wandered past her taking video of her. After a phone call that lasted just over 6 minutes, she thanked us and left. She ran down the street and jumped into a passing car.
We found the whole thing so suspicious that we called the police and told them all about it. As NC requires that Concealed Carriers notify the cops “upon approach” I pulled one of my concealed carry licenses out and showed it to him. Since I was in mixed company, I did not announce what that meant to anyone, but the cop grinned.
The Dungeon Master was confused, and asked what I had shown him. One of the other players told him I was carrying a gun. It just so happens that three of the people that I took with me to the NC Concealed Carry class were part of the game. I’ve carried at that game every month since I’ve moved down here, and the DM had no idea. He thought I must be carrying some tiny gun, since he had never seen it. Outside, later, I hiked up my sweatshirt and showed him my pistol, in its holster. He was stunned. It had never occurred to him that anyone could conceal a 4” barrel .45 caliber pistol while wearing street clothes. I’ve carried while wearing a sweatshirt, and I’ve carried under a simple short sleeve polo shirt. His reaction to the whole thing was priceless.
So when you are at the gun store, looking for that perfect concealable pistol, remember that there is no need to carry a tiny pistol. Bigger guns can have more powerful bullets, carry more bullets, and are much more controllable when you shoot. Just use some common sense about how you dress. Let my friend’s surprise teach you the most important lesson about concealment. Most people don’t notice. They are programmed not to notice. Don’t pick your gun to solve a concealment problem you aren’t going to have.

This entry was posted in About me, Gun rights philosophy. Bookmark the permalink.

3 responses to “No one notices”